News broke this week that Darriel Mack Jr. broke his ankle during a non-football activity. Mack was the backup to Mckenzie Milton last season and started three games for the Knights in Milton’s absence. There is no timeline yet for Mack’s return which opens the door for transfer Brandon Wimbush to take the reigns of the starting job since Milton will also be out all of next year due to his knee injury.

With the absence of Mack and Milton the quarterback room competition now contains only two freshman QB’s and transfer Brandon Wimbush. The team will need Wimbush to take the next step and lead the UCF offense as he is the only viable option to be in the starting role. He was the starting quarterback for Notre Dame during 2017 and led them to a 10-3 record but after 3 games in 2018 he was replaced by Ian Book. Wimbush will now have to step up his game and grow in the UCF offense now that Mack is injured. Competition often makes those competing raise their game, but with the QB  competition over so soon Wimbush and the UCF staff have to develop his level of play.

Wimbush was up and down during his time at Notre Dame, but he will have to play with more consistency and confidence in order to lead the Knights to another AAC title. He will be a quarterback to keep an eye on as the season begins, but not a QB that you can truly rely on. 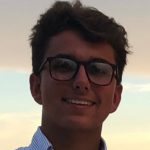