[vc_row][vc_column][vc_column_text]We all know just how important it is to have a stud QB at your disposal in college fantasy football, but having that one guy who is truly special could be what puts your team over the top in pursuit of that elusive championship reign.

In this article, we will take a look at the best of the best, the cream of the crop over the past decade. Here at CFBDynasty however, we are always looking to take it to the next level, so instead of just regurgitating the stats alone, we will also examine whether or not those elite performances translated into NFL success.
[/vc_column_text][/vc_column][/vc_row][vc_row][vc_column width=”1/4″][vc_single_image image=”5610″ img_size=”medium” alignment=”center”][/vc_column][vc_column width=”3/4″][vc_column_text]A couple of things to consider before continuing:
* This article is based on raw stats, regardless of the number of games in that player’s season.

* There could be a slight skew because ALL games in a player’s season were taken into account, including conference championships and bowl games, that are never a part of the actual college fantasy season.

* Scoring system is yards/10 and TDx6, no negative points for INT/sacks.

* When AVERAGE points per game are considered, the current #1 (Case Keenum in 2011) would be overtaken by Patrick Mahomes 2016 season for that top spot. Mahomes only played 12 games that season, and had a whopping 70.8 PPG average

* After looking at the QBs on this list, I will wrap this article up with a few evaluations of my own.

There was hesitation leading up to the NFL draft because his older brother, David, also produced big numbers at Fresno State, but fizzled out in the pros. The Raiders took a chance on him and he has produced at a high level in his five seasons there. Oddly enough, 2018 saw him eclipse 4000 yards for the first time in the pros, but in doing so he had his least number of TDs (19) and it is believed there is tension between him and new head coach John Gruden. Where he will be in 2019 is anyone’s guess.[/info_list_item][/info_list][/vc_column][/vc_row][vc_row][vc_column][vc_text_separator title=”High Expectations/Draft Status – Expectations NOT Realized”][/vc_column][/vc_row][vc_row][vc_column][info_list font_size_icon=”24″][info_list_item list_title=”ROBERT GRIFFIN III – Baylor”]Season Rank: 18th Best (JR) 2011 (STATS of note: 4293yds, 37TDs, 6INTS – 699 rush yds 10 rush TDs) 781.2 total points
NFL Draft Position: 1st Round – 2nd ovr (2012)
Synopsis: Art Briles’ Baylor offense was in full swing in 2011 and no player embodied his breakneck style of play more than RGIII. His performance in 2011 ushered in a new era for QBs like Deshaun Watson, Lamar Jackson, and Patrick Mahomes.

Expectations could not have been any higher for RGIII entering the NFL draft in 2012. A revitalized DC fanbase thought they had their QB of the future when they drafted the dual-threat QB from Baylor. Unfortunately, those meteoric expectations came crashing back down to earth when RGIII suffered numerous injuries that he was unable to overcome, seeing his stardom relegated to the 3rd team and then eventually being released in 2016.

Manziel did absolutely nothing noteworthy (good) as a pro with Cleveland, and helped contribute to their stretch as the worst franchise in the NFL for many years. His entire NFL career amounted to 1,675 pass yards, which is a small fraction (numerically) of the amount he was fined for poor conduct over the same period of time.[/info_list_item][/info_list][/vc_column][/vc_row][vc_row][vc_column][vc_text_separator title=”Low Expectations/Draft Status – Experienced Success In The Pros”][info_list font_size_icon=”24″][info_list_item list_title=”CASE KEENUM – Houston”]Season Rank: #1 BEST SEASON (SR) 2011 (STATS of note: 5631yds, 48TDs, 5INTS) 872.6 total points
Season Rank: 2nd best (JR) 2009 (STATS of note: 5632yds, 44TDs, 15INTS) 867 total points
NFL Draft Position: Undrafted (2012)
Synopsis: There was once a time when Case Keenum was THE untouchable commodity in college fantasy football. If you had him, you revered him. If you didn’t have him, you were willing to mortgage the farm just to try get him.

No one has ever produced like he has, throwing TWICE for over 5600 yards. To put this in perspective, only 4 other QBs threw for over 5000 yards in this 10-year span (once each) with Derek Carr’s 5083 nearly 600 yards below Keenum’s output, twice.

* The NFL does not trust top-shelf college QB fantasy performances outside of the power 5 conferences: Only Derek Carr (Fresno State) was drafted in the top rounds of the NFL draft. Otherwise, it’s the late rounds or rookie free agency for ‘group of 5’ QBs that are college fantasy studs.

* It is RARE to see a QB that produced at an ELITE fantasy level exceed expectations in the pros. Only 1 undrafted or low round QB (Case Keenum) was able to parlay any level of success in the NFL, and at that he may be the NFL version of a ‘one and done’, seeing his only career-defining season with Minnesota in 2017, sharply declining in 2018 with the Broncos.

* BONUS NOTE: Pay attention to the guys that LEAVE the FLORIDA GATORS, not who is there. It is baffling to look at the guys that were once on the Florida roster, who didn’t produce much from a fantasy perspective there, but sought out greener pastures elsewhere and produced at an elite level. Cam Newton, Will Grier, and Jacoby Brissett all donned the orange and blue of UF before they became household names in the college fantasy scene. Florida doesn’t even put a QB on the top 100 list. So keep your eyes peeled. The next guy that leaves the Gators just might be your man.

* If your GOAL is uncovering ELITE fantasy performances, only concern yourself with where the NEXT hot school is, never look back. Coaches, systems and trends play as much a part in an elite fantasy performance as does personal talent. There was a time when having a Baylor, Fresno State or Oregon QB would assure you of high fantasy points. Houston and Texas Tech both had their heyday. At one point Bowling Green and Western Kentucky produced the fantasy top studs. This past season is the first time that ALL the top seasons came from power five schools (with Oklahoma, Ohio State, Washington State, and Oklahoma State putting QBs in the top 35). Understanding history is great, but if you go into your draft with a mindset stuck thinking about Art Briles’ Baylor teams, Chip Kelly’s Oregon teams, or June Jones’ Hawaii teams, you’ll probably find yourself at the bottom of the standings at season’s end.

What will the next trend be? What school will produce the next HOT commodity? Making that prediction is not the purpose of this article. It’s up to you to do your research (hopefully utilizing CFBDynasty pre-season analysis, college fantasy football rankings, and cheat sheets) to determine who you think that next stud will be, and how he could impact your college (or college to pro) success. Good luck.[/vc_column_text][/vc_column][/vc_row] 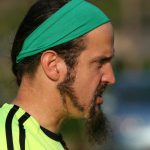