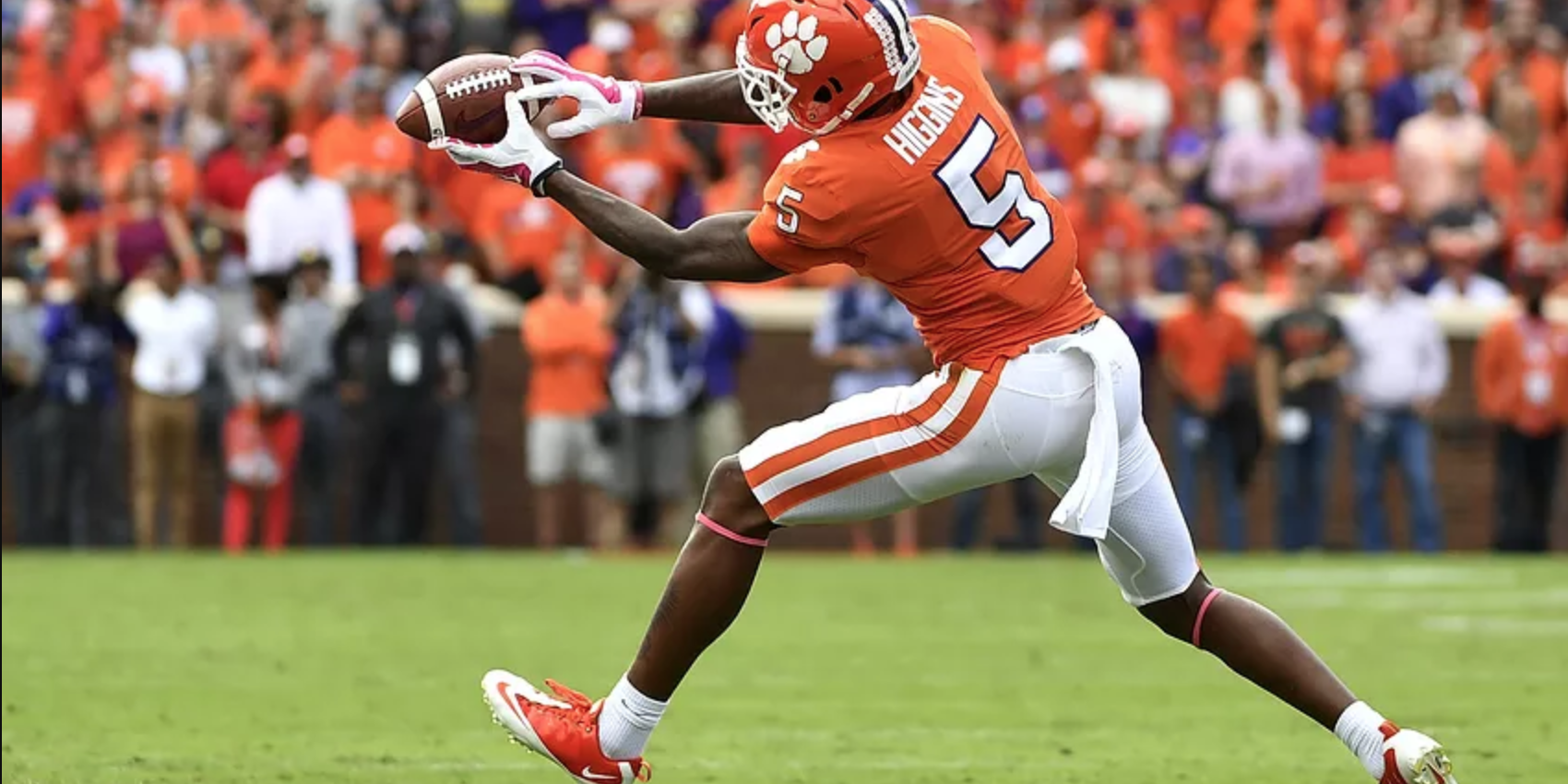 When it comes to draft day, the late-round selections set apart the championship contenders in college fantasy football. We’re going to focus on the data which will provide your team with the best odds at selecting the right WR in the draft, setting the most ideal lineup, and finding that diamond in the rough WR in your college DFS lineup

CFBDynasty is nearing the end of our pre-season cff rankings, and a few interesting observations stood out when evaluating the top-performing position groups based on 2018 fantasy points.

Let’s get right to the list of the Top 10 College Fantasy Position Groups of 2018:

The data makes sense to any football fan when giving it some thought. The passing game is the primary focus of many college offenses. When imagining the difference, this is likely what comes to mind…

The data shows that selecting a WR3 or WR4 from a team with a pocket passer will provide the best odds at maximizing WR points. This is key when drafting in a deep league or selecting that cheap WR in a draft kings lineup.