[vc_row][vc_column][vc_column_text]Patience is the Key and Nick Saban is waiting to see who emerges as the Starting QB for Alabama. Saban has not picked a starter, as the competition is still in “we’ll see” mode, he says. No, he does not know what Hurts’s future plans are, but he hopes he remains in Tuscaloosa, noting that the quarterback graduates in December, and he’d “rather have two quarterbacks than zero.” The selection of a starter isn’t the end of this thing, either, he says. His staff will create roles for both quarterbacks because they’re both capable. He “loves both guys,” and they’re well liked on the team, “good people,” he says, who are fierce competitors.

“I think it will all be determined by what the players do the rest of the summer, how they win the team and what they do in fall camp,” he bellowed from the main stage. Winning the team means playing well, suggested Piersbacher when asked about his coach’s comments. “Prove it on the field,” the lineman said. “You can say all you want about being a leader, but prove it on the field.” https://www.si.com/college-football/2018/07/18/alabama-nick-saban-jalen-hurts-tua-tagovailoa-media-days 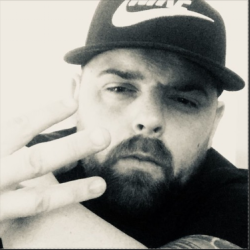