Next Man Up - New Quarterbacks Starting in 2022 College Football  

College football isn’t the same as it once was. With the prevalence of the transfer portal and some of the best talent ever leaving for the NFL Draft, it can feel like the entirety of college football gets shaken up every season. Need some help monitoring who is out and who is filling in? CFB Dynasty has you covered. There are this year’s Next Men Up for the QB position across the NCAA.

Who’s taking over for Bailey Zappe?
Zappe was one of the best statistical QBs in all of football last season, and there’s no surprise that he declared for the NFL Draft as soon as he could. Western Kentucky will turn to Grad student Jarret Doege for this season. Despite remaining a good chunk of their receiving core, don’t expect Doege to fill Zappe’s shoes in the same manner.

Who to pick to replace Kenny Pickett?
Pickett is expected to fly off draft boards as early as the first round come draft night, so there’s no doubt that Pitt will be looking for a new slinger to get the job done in the Steel City. Enter transfer Kedon Slovis. The USC transfer has tapered off since a great season in 2019, but is looking for new life in a Pitt system that helped Pickett thrive.

Where there’s no Willis, there’s a way
Malik Willis was beyond a standout at Liberty and is considered by some as the best QB in the entire 2022 NFL Draft. Willis’ replacement? Utah transfer Charlie Brewer. The 6th year SR is looking to get back to his Baylor form where he threw multiple 3,000+ yard seasons in 2018 and 2019. He’s got big shoes to fill, but the experience to keep Liberty competitive well into the season.

How to replace Howell
Sam Howell is, or I guess was, the single greatest QB that UNC has ever seen. While he smashed tons of school records, his time has unfortunately come to an end. There’s no definite solution to the problem on Chapel Hill quite yet, but last season against Wofford, rising junior Jacolby Criswell and rising sophomore Drake Maye shared touches for the entire game as Howell sat out. Expect one of those two guys, or both of them, to carry most of the QB load come next season.

Coming off Carson Strong
With some more positive scouting reports under his belt, Strong is looking like a better QB candidate with every passing day. But, the whole he left at Nevada is a big one. With only returner on roster, it’s looking like the Nevada starting job will belong to Nate Cox. The massive QB, standing at 6-9, is entering his 6th season. While his numbers aren’t stellar, he’s the best option for the Wolf Pack and will do the job well.

How to get rid of Ridder
With Desmond Ridder flying up draft boards and being talked about as a first round pick, there is no doubting that the Ridder-era is over in Cincinnati. Next up on the depth chart is Redshirt Sophomore Evan Prater. He’s an untested, young quarterback who will get a big opportunity at a big time school starting next season. He may have a year to get adjusted, but Prater has the tools to be a big-time QB that will make waves for the Bearcats.

What to do without Matt Corral
With Matt Corral packing up and heading to the NFL, the Rebels have to make a huge decision as to who will replace this first round-level talent. Thankfully, USC transfer Jaxson Dart has already been chosen to take over for Corral starting this season. Dart, who was one of the biggest targets for teams in need of an offensive-minded player in the transfer portal, will give the Rebels a huge advantage over other SEC schools. The Rebels could be in very good shape next season with Dart holding the keys to the offense.

Who will be back for Anthony Brown
Brown is committed to the NFL Draft and, while he isn’t the highest touted prospect available, he still left a pretty big question mark for the Ducks offense going into this season. Thankfully, they’ve got it figured out, with powerhouse QB Bo Nix transferring to fill the hole left by Brown. Nix is a tried and true SEC QB who will make an immediate impact on this roster.

Making room post-Martinez
The Adrian Martinez era is over at Nebraska, with his transfer to Kansas State final. So, the Cornhuskers needed to fill their QB position. They’ll settle for Texas QB Casey Thompson, who transferred in after his most successful statistical season as a Longhorn. With more room for growth, the rising senior will make some waves in Nebraska this year as he plans to bring his heads-up style of play to Lincoln.

Calling up Coan
Jack Coan had a great season, leading Notre Dame to a top-10 AP ranked season and an 11-2 record. So, the jump to the pros wasn’t unexpected for Coan. In his absence, rising sophomore Tyler Buchner looks like the next target for the Fighting Irish. He led the team to a win this season vs. Virginia Tech and will suit as a nice replacement in a new system for Notre Dame. 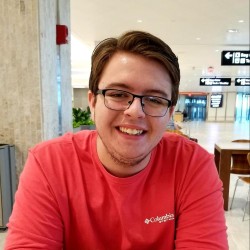