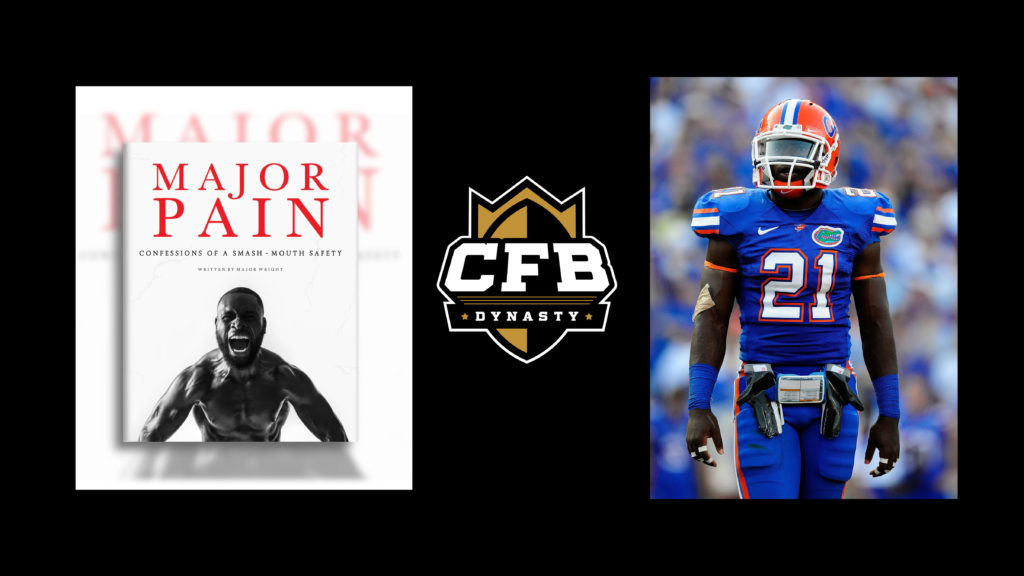 We had the great opportunity to discuss a few questions with Major Wright and learn about his new book that launched yesterday – available at MajorWright.com. He played safety for 3 years at the University of Florida and won a national championship before entering the NFL Draft. During the national championship, he laid one of the nastiest hits in college football history.

My favorite memory? I really just think college, man, just having fun, man. Being able to do whatever you want actually on your own. It's your first time out of your parents' house, and just being on your own, man, and just enjoying those times together with people who eventually may become your best friend or great friends or people who just may become your doctor one day or your lawyer one day. Just having those types of moments and having those times together, it's just amazing. I think my most memorable moment is for sure the National Championship game. Actually winning that National Championship game was a dream come true. That's every child's dream to play at his highest level and on the highest stage on that level. And man, for me to be able to play in that game, man, the National Championship game is just crazy. And not just that, man, on top of the fact that it was in Miami. I'm from Fort Lauderdale and it was right down the street. So it's like, wow. It don't get better than this.

Did you talk to Manny Johnson after the hit ever?

What about Urban Meyer was different than any other coach that you worked with?

Man, he's a really good coach, honestly man. He's a really good coach and he knows his stuff. With Urban Meyer, with him, he had every position coach, every team coach. So for offense you have this coordinator, you've got offensive coordinator, you've a got defensive coordinator and then you've got a special team coach. Urban Meyer actually ran his special team. He runs that unit. That's what he coached, the phase of the team, special teams, that's what he coached. You don't find many head coaches doing that. You don't find many head coaches... Actually, this is what they're going to perfect on the team. They're going to make sure that this unit is ready to play. And Urban Meyer, man, I really admire him for the way he went about things, man. He was a winner and that's what you want.

How do you think your Gators defense from the National Championship team would have fared against this 2019 LSU offense?

Oh, man. Oh, man. Honestly, we can match up at every position. And I think on the flip side with why our defense would be so much better, man, our rushes. I mean, Carlos Dunlap, Jermaine Cunningham, man, we had some dogs getting after them. So I know we're going to stand up. We may bend but we ain't going to break. So I think honestly, it'd be a good match, but I feel like we'd pull it off for sure.

Are you a fantasy football guy at all?

I'm not, man. I haven't gotten into that. I haven't gotten into that yet. Oh, excuse me. Yeah. I just haven't even... I've been so focused on me man and just trying to get myself back together so it's just like, man, any... At one point, football just was like, I don't even want to see it. Yeah. Yeah, I watch it now. I watch my brother, Joe. And I watch all the Gators, man. I try to catch all the good teams and everybody I got who're playing in the NFL that I do know, man, I just, I try to catch them.

Can you give us an intro and tell us about the story behind the book?

Yes. Major Pain: Confessions of a Smash-Mouth Safety. It was all inspired... Honestly, I've never been the type of guy that has been a great writer, great reader. That wasn't my expertise. And so for me to go from hating writing, hating reading to reading every morning and to now writing my own book, man, it's just so amazing. So one late night, I'm on the phone with my ex-girlfriend and we're talking and we're talking and we're just motivate each other and we're push each other up, uplifting each other. And she has a consulting company, so that's what we do, we uplift each other, we feed off each other's energy. So we're having a conversation, and mid-conversation she says, "Major, I think you should write a book."
And I paused for a second. And at the time I was reading the 15 Invaluable Laws of Growth by John Maxwell. And he said in his book, "If you want to do something, act on it now. Don't wait," along those lines. And I took a little second to think about it. I'm just like, "Man, you know what? I'm going try it. I'm going to try it." So I told her, I'm just like, I'm going to write a book. I feel like I'm going to write a book. I feel like I can get this done." Major Wright:
So she was like, "Okay. Well, since you said that, next week I'm going to check back on you see where you're at in the book." I say, "Cool." So we get of the phone and I go upstairs and pull out a notepad, and I started naming five chapters names that I wanted my chapters to be about. So after that, then I go to bed, I wake up, I work out, I come back home, I pull out that same notepad and I started writing. And the first day I wrote like four pages. Shoot, by next week, man, I was like on 16, 20, something like that, man. And from that point on I just kept going, I kept running with it. So that's how my book came about. It all started with just somebody uplifting me and decided that I should write a book.

So is the story of the book a lot about life after football or what is it about? Is it somewhat of a transition for you? 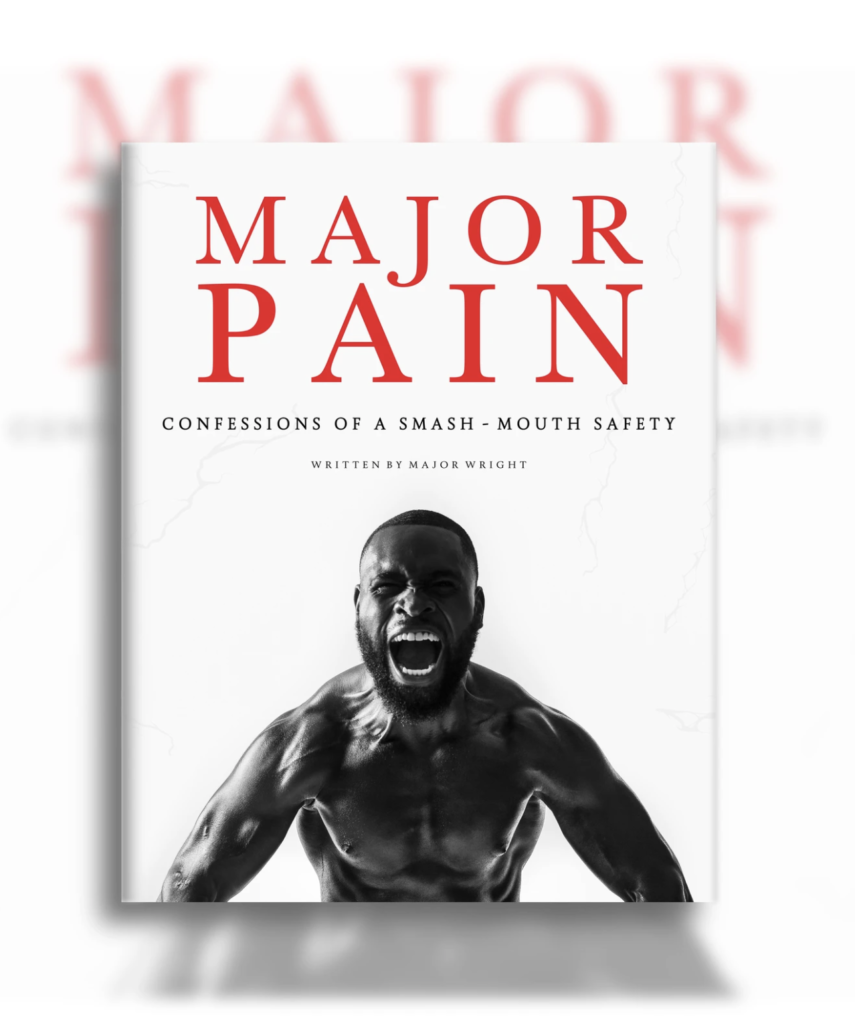 Brian McElfresh
Owner at CFBDynasty, Searchalytics
Born and raised in the south, I grew up on the Fun 'n Gun offense of Steve Spurrier and the Gators. College Football has been an unhealthy hobby of mine since I was 5 - I love watching all of the games. Founded CFBDynasty years ago out of a need to get more college fantasy football information.