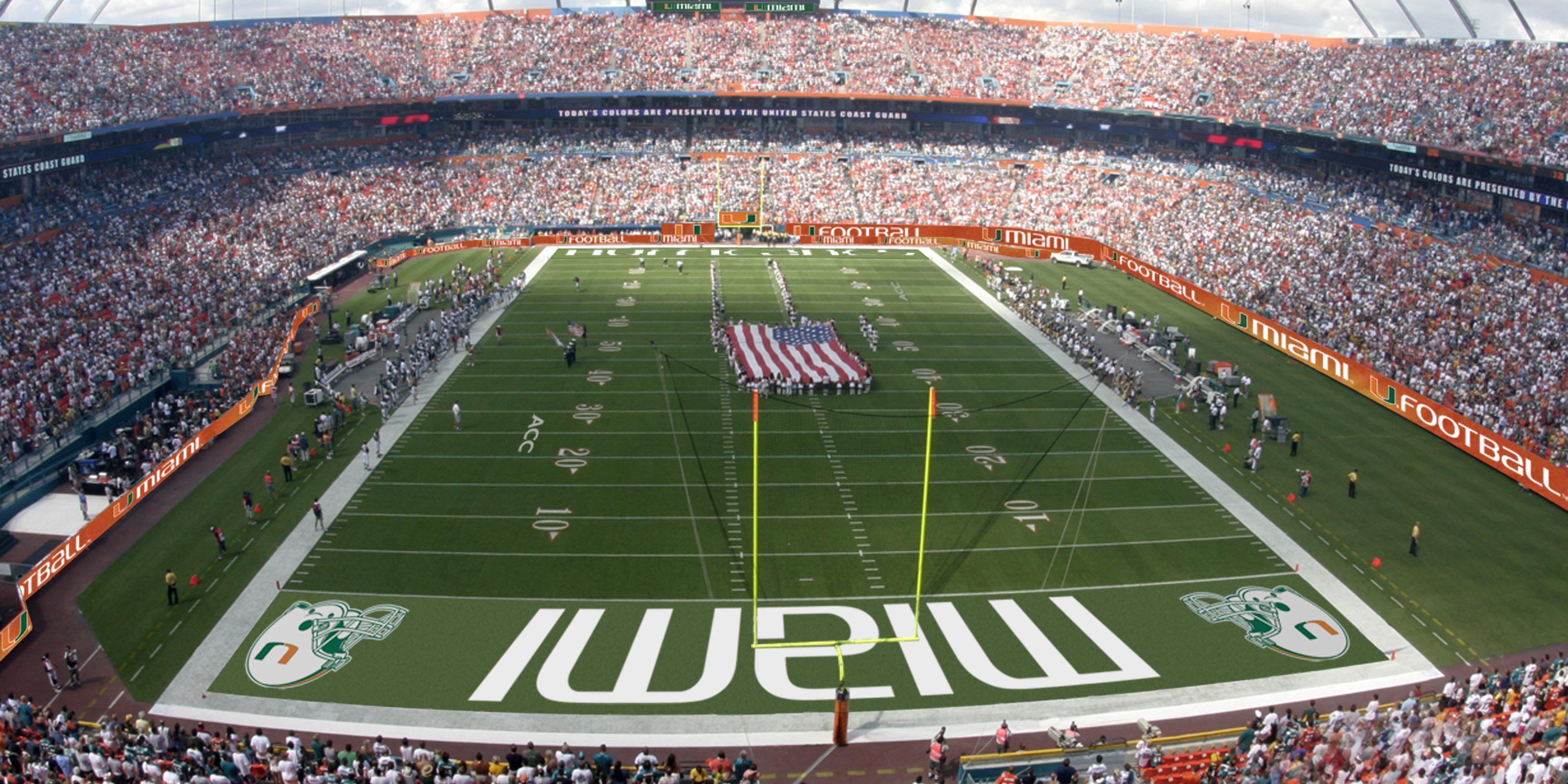 The arrival of Mark Richt, in December 2015, brought huge expectations back to Coral Gables. And the 2017 Hurricanes did not disappoint, starting the season 10-0 and reawakening the old Cane swagger. We anticipate a few Miami players to perform well as you’ll see in our rankings, and the Canes have always been important in College Fantasy Football.

We met with Cam Underwood, Managing Editor of State of the U, SB Nation’s Miami Hurricanes blog, to discuss his expectations for the 2018 Canes. Check out his work at StateOfTheU. and follow him on Twitter @UnderwoodSports & @TheStateOfTheU.

What are your general expectations for the Miami offense?

I expect Miami’s offense to be a top 25 unit in yards per play, and average slightly more than the 29.1 ppg the Canes averaged in 2017. That number was 33.7 PPG through 10 games, and could have easily been higher without some mid-season struggles (5 consecutive games scoring 28 or less). Obviously that number took a big dive at the end of the year in Miami’s 3 game losing streak, but hopefully those woes are behind the team now.

This should be a 5500+ yard offense, easily, with several players putting up big numbers along the way. The individual numbers from non-QB skill players may be slightly depressed due to the fact that Miami has great talented at WR and RB (and TE but the best players are freshmen so we’ll see what they do this season), but it should be fun to watch Miami play offense, as long as the Offensive Line isn’t a sieve.

Malik Rosier looks like the early favorite to start a QB. Do you expect him to hold onto that spot or will they give N’Kosi Perry a chance? And what kind of Fantasy expectations can we expect from the eventual starter?

I fully expect Malik Rosier to be the starter this entire season absent an injury or regression in performance the likes of which haven’t been seen in a long, long time. He’s a 5th year senior and Mark Richt is loyal almost to a fault. Rosier is going to be the guy.

Even with some things needing improvement — 41% completions over the last 3 games, 54% completions for the year, 14 interceptions — Rosier is a solid, if unspectacular at this time, fantasy option. He put up 3,120 yards, 28 TDs and added 468 yards and 5 TDs rushing and figures to repeat that performance, if not improve on it. Even if Rosier only sees an 8% increase in his stats, that’s nearly 3,400 yards passing along with plenty of TDs, some INTs, and still probably 300+ yards and 5-7 TDs rushing. Solid numbers with the potential for more, if things break right.

How do you see the workload at RB being distributed? Will they continue to lean on Travis Homer or split with Lorenzo Lingard?

I think the RB rotation will be 1. Travis Homer with 65-70% of carries, then some split of DeeJay Dallas and Lorenzo Lingard. Dallas is a multi-dimensional offensive weapon whose main position is RB, but he also plays wildcat QB and slot WR at times, so his overall value may be bigger than just his carries. Lingard is a 5-star freshman, and he’ll have a role on this offense, but Homer and Dallas and even RS Freshman Robert Burns are all vying for carries as well. At this point, I think Lingard will see his role increase through the season, but I’d bet he probably has less than 50 carries this year.

Homer should see a slight increase from his 163 carries from 2017, with Dallas increasing from his 41, as well. Miami will have to replace 54 carries from Mark Walton as well, and those should get split between Homer, Dallas, and Lingard.

The other thing impacting RB carries is the fact that QB Malik Rosier ran the ball 131 times in 2017. That’s more carries than Miami QBs had in the previous 4 years combined. If Rosier runs less on designed QB runs or in the zone-read game, there could be additional carries for the RB group to share, as well.

Will Ahmmon Richards take the lead again at WR? If not do you think it will be Lawrence Cager or Jeff Thomas? Who do you see as the best fantasy options at WR?

The only thing that kept Ahmmon Richards from being the consistent, high level, dynamic WR that we know him to be in 2017 was that damn hamstring injury. Even hobbled, opposing defenses had to tilt their coverage and have a safety over the top on Richards’ side of the field because he’s that good. And, even injured, Richards STILL had 439 yards and 3 TDs. When healthy, Richards has Biletnikoff Award talent. He’s ELITE.

Richards is healthy again and will be the #1 option for the Miami passing game. He’s that guy. Richards should push toward a 1,000 yard season with 5+ TDs in 2018. Cager and Thomas are the top 2 options behind Richards in the passing attack, but make no mistake: Ahmmon Richards is the guy.

For Dynasty Leagers, who are some young players to draft or keep an eye on?

For dynasty leagues, I’m looking at freshman QB Jarren Williams, RB Lorenzo Lingard, WR Mark Pope, WR Brian Hightower, TE Brevin Jordan as guys to target. Each one has great potential for this and future seasons.
I’d add in WR Jeff Thomas as well, as he will be a good speed receiver option this year, and could be the #1 option in 2019 after Ahmmon Richards leaves for the NFL.