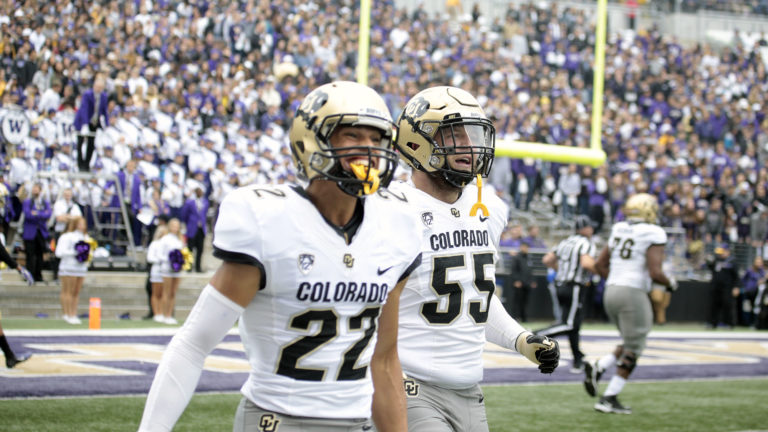 Colorado’s 5-7 finish fell well short of the expectations they had heading into 2019. But will 2020 be a chance for them to turn it around? Expert Samuel Metivier will help us figure it out.

Samuel Metivier is a writer for The Ralphie Report, a website devoted to all things Buffaloes.

The Buffs have lost WR Laviska Shenault to the NFL and QB Steven Montez to graduation, neither of whom have ready replacements. Colorado will probably be run-heavy in 2020, with the intention of controlling the clock and grinding down the other team's defense.

The Buffs will either start junior Tyler Lytle or freshman Brendon Lewis. Neither has any starting experience, so we're expecting them to have limited responsibilities within the offense. Lewis is the more talented option and could potentially hit the ground running, but Lytle is more polished as a pocket passer.

Colorado returns their two leading rushers in Alex Fontenot and Jaren Mangham and they add prized recruit Ashaad Clayton. It will be a committee approach, Fontenot leading the way with his patience and elusiveness, Mangham as the power back, and Clayton as a big play threat.

The Buffs lose two starters at left tackle and right guard, but they have ready replacements in Frank Fillip and Kanan Ray, respectively. The player to watch on the line is William Sherman, the road-grading right tackle who will set the tone for the offense. This is a young line that is growing into one of the best groups in the Pac-12.

K.D. Nixon is the best receiver returning, but he's only 5'7 and has injury concerns, so he's not a typical No.1 option. After him, it's a toss-up who will emerge from the WR corps. Dimitri Stanley is probably the best of the bunch, then it's probably Maurice Bell, Daniel Arias, Jaylon Jackson and Vontae Shenault in that order. Over at tight end, it's Brady Russell and no one else, although he doesn't get many targets.

I would go for Ashaad Clayton, the freshman running back, and Dimitri Stanley, the sophomore receiver. Clayton has huge upside and could be the starter by next season (if Fontenot leaves early). Stanley should start this season and possibly end up as the top receiving option. Of all the underclassman at CU, he's my pick to break out in 2020.