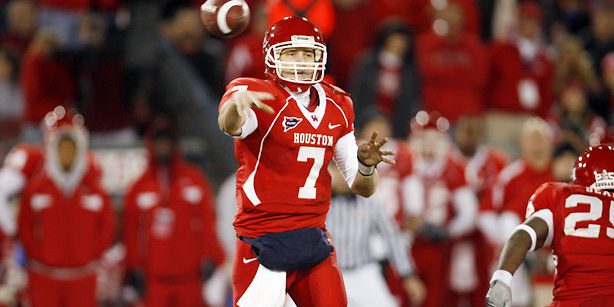 If you’re looking for a College Fantasy Football that has created its own advanced analytics, The Order has done it.

This is part of our series featuring CFF leagues of all types to increase the amount of people playing CFF. Our first feature was CFFLeague, well-known throughout the industry. Want your league featured? Contact us!

League Name: The Order of the Eternal Flame of Competition

League Trophy: The Walmer Cup (Named for the street the league was formed on)

Enjoy this writeup from the Commissioner of The Order!

Walk through your office on any given Monday in the fall and you are likely to hear how a coworker’s fantasy team faired over the weekend. When they ask you how your team is doing and you reply with, “Bryce Love was a late scratch and J’Mar Smith is not living up to the preseason hype.” Well, you are likely to get a confused look.

I have now since learned that we most certainly were not the first to have a CFF league, but aside from that I really do not know how other leagues are run. So when CFB Dynasty approached me about doing a write-up on my CFF league The Order of the Eternal Flame of Competition and that the plan was to get other leagues to participate as well, I was excited. I know everything about the NFL leagues of my coworkers, friends, and family; but I have yet to meet another CFF member outside of twitter. The excitement of introducing my league to other CFF fans is only matched by finding out more about other leagues across the country.

Not to say that myself and the two other participants in the first season of The Order didn’t know what we were doing, but we did draft Case Keenum in the 6th round. The league was only started as a way to keep three close friends in touch as one of them moved to Hawai’i for school. We didn’t know how long we would be apart so this was a way to bridge the gap from the middle of the country to the middle of the Pacific.

As each season passes our league size has grown, from three to five to finally eight, as has our knowledge and understanding of what makes a successful CFF team. Experience is the main contributor to our league wide improvement. Do anything for nine years and you are bound figure out a thing or two. However, another major factor is what I believe makes this league more unique than any other. Comprehensive data keeping.

Every season, every game, and every yard gained in the history of The Order is logged in excel.

For every game played by a single player there are 29 variables attributed to that player and that game. From the obvious, week/season/school/owner to acquisition detail draft/add drop/trade to an advanced metric that grades that game and weighs the performance against historical performances in The Order, but more on that one later.

Here’s a look at some of the simple historical stats:

This is what makes our league so unique and competitive, the wealth of data that has been meticulously logged and double checked over the life of the league. I imagine most leagues cannot name what 3rd round pick performed the best in week 1 of their draft year. We can, 2013 Brandin Cooks from Oregon State, 37.5 points. River Cracraft of Washington State did the worst with 3.6 points.

Each team has the ability to know where value can be had at each position. For example, is it better to draft a QB or wait and grab one in free agency? Well since 2013 the average PPG of a drafted QB is 27.66 and a FA QB is 24.29. So grabbing a QB in the draft seems to be the best option. Conversely, FA RBs have an average PPG of 19.59 while drafted RBs are 18.78. So it might be better to reach for a QB in the draft and wait on RBs until the season starts. This information provides insight on the best way to build a team each year and increases the competition level.

As I mentioned earlier, our league has even developed an advanced metric that grades every game played by every player in league history.  What this metric measures is by game how well that player performed against the average points scored that year for that position. WAR was the inspiration, but it does not measure wins above replacement so what we decided to call this stat is Degrees Above Replacement, or DAR. It will quantify how much a player outperforms the average or replacement player at their position. It can level the playing field between QBs, RBs, WRs, Defenses, and Kickers across one or multiple seasons.

The calculation is fairly simple, so as an example:

Another player, Player Z scored the same 22.3 points but in week 1 of 2012. 2012 was before The Order was a PPR league so scores were much lower, average of 12.24. After doing the same calculation as above Player Z’s DAR comes to .8219. This increase captures the difficulty of scoring more points at that position for that year and increases their value accordingly.

Like WAR, this is a cumulative stat. One game isn’t going to register much and the more of a sample size that you have the more clear that player’s value becomes.

DAR also allows you to grade performance across positions to determine value independent of the position that particular player plays:

What this is saying is that is easier to find a 27 ppg QB than it is to find a 12 ppg Kicker.

Data keeping and DAR is probably what makes The Order more unique than most leagues, but we also have some unique complexities in how owners can build their teams.

Each team has a minor league roster called the freshman roster. Every year during the draft there is a separate five round draft, non serpentine, in reverse order of previous years points standings.

Each team has one pick a round to draft a true freshman to add to their Freshman Roster. This roster has no cap on total players, but players can only be added through the freshman draft, or trading for another player that is on a freshman roster. A player on this roster can be called up at any point, but as soon as they are called up, they cannot rejoin the freshman roster.

This draft is a crap shoot for most teams. If you are able to draft one player per draft that contributes at some point in their career, then it is generally considered a good draft. With that being said, there have been several top players that have come through this draft. Patrick Mahomes, Ka’Deem Carey, Melvin Gordon, Dalvin Cook, Saquon Barkley, Bishop Sankey, and Christian McCaffrey were all acquired through the freshman draft.

Yes, that is a lot of RBs acquired through the freshman draft, and yes it is representative of the overall success of the position. Below is a summary of how players drafted through the freshman draft have faired. RBs have scored the most points, played in the most games, and have a DAR over 18 points higher than QBs. QBs and WRs on the other hand are both below replacement level with negative DARs.

The Order is a dynasty league with zero restrictions on how long or how many players one team can keep from season to season. Add in the Freshman Draft, and this can create a very small player pool for the draft each season. In an attempt to combat that and to create more value in the draft, there is an add/drop deadline each year of September 30th.

By October 1st the only way to acquire a new player on the main roster is by calling up a player from the freshman roster. No trades and no add/drops are allowed. The result of such an early transaction deadline is a very high value in the draft. Below is a summary by acquisition for the history of The Order.

Each year the best place to find value is through the draft. Add/Drop restrictions have clearly created a league that the most successful teams are the teams that draft well.

That is what I think makes our league so unique. Below is the nuts-and-bolts of how The Order is run.

Toben Opurum is a Linebacker – Kevin