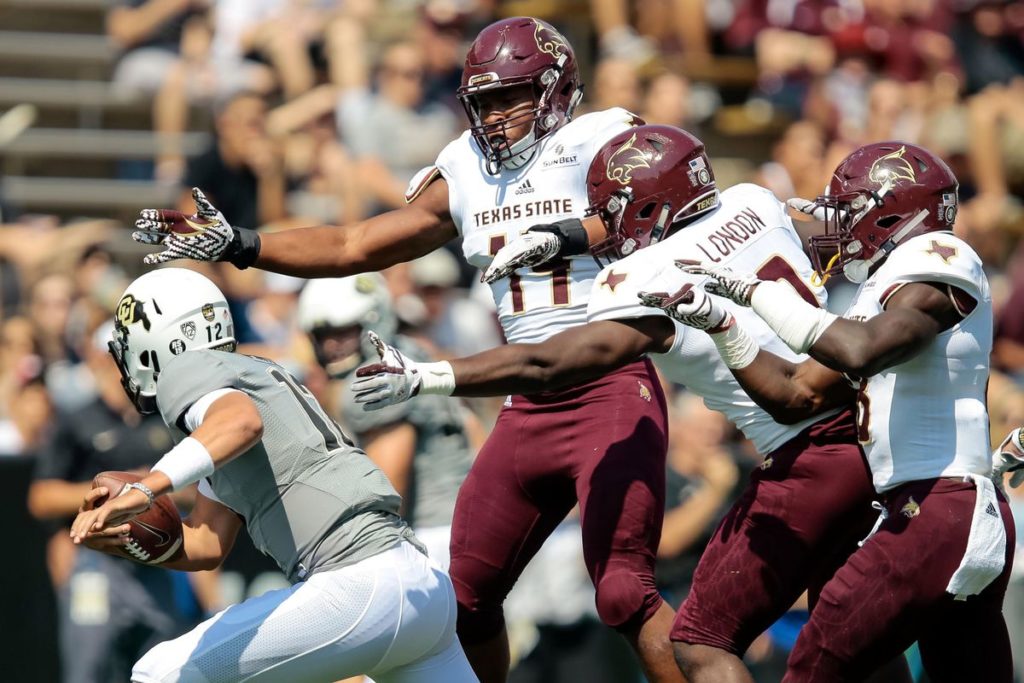 After an abysmal 3-9 finish last season, the Texas State football team was left with far more questions than answers for 2020. So, what exactly should we expect from the Bobcats this year? Texas State expert Andrew Zimmel will help understand a little more about is we can expect success in San Marcos.

Andrew Zimmel is a writer at the University Star, a platform dedicated to everything Texas State.

The Texas State offense was one of the worst in the country last year, ranking 121st in total offense and finished 2-6 in the Sun Belt. With offensive coordinator Bob Stitt getting the boot and Head Coach Jake Spavital taking the reins of the offense the Bobcats are looking for a spark. Texas State’s passing offense was a little better than average, ranking 58th in country in passing yards per game at 241 yards. However, the Bobcats struggled to put the ball into the endzone, something that will have to change if Texas State wants to compete in the conference.

Last season, Texas State juggled between two Quarterbacks, and that still hasn’t been completely cleared up. Last season, the Bobcats split snaps between Junior Tyler Vitt and transfer Gresch Jensen. Jensen, just like his former coach Stitt, is looking for a new landing spot after entering the transfer portal after the season. Before its Vitt’s job however, he’ll have to fight off Memphis transfer Brady McBride. The former three-star quarterback impressed coaches this season while waiting for eligibility. Vitt will also be competing against redshirt freshmen Cedric Case. Case drew some attention when he decommitted from North Dakota to sign with Texas State last offseason.

The running game is something Texas State has struggled with going all the way back to Dennis Franchione time with the program. The offensive line is still a big question, which means the running back room is going to have question marks around it. The philosophy last season was to have the running game be solved by committee, and without a spring game to see how players like Freshmen Calvin Hill or sophomore transfers Brock Sturges and Jahmyl Jeter preform, Coach Spavital might to have to figure out his running game on the fly.

There was improvement from the offensive line from years past, but with Aaron Brewer entering the draft the offensive line as a unit takes a few steps backwards. The unit finally has some upperclassmen and weight behind it. Last season, Texas State gave up 30 sacks last season, another number that has to be improved if they plan to compete going forward.

Texas State losing Hutch White may have a bigger impact than fans are expecting. White accounted for a team leading 618 receiving yards and had twice the amount of receptions than anyone other player on the team. This season, Texas State may lean on Tight end Seth Caillouet, who had modest numbers while playing in 11 games. Senior wideout Jeremiah Haydel will be other player that will have to step up in Coach Spavital’s pass first offense.

Be on the lookout for any of the Texas State wide receivers. Without much of a spring practice, and with no real idea when the coronavirus pandemic will end, it will take a few weeks before everyone is on the same page. If Brady McBride wins the starting role, expect big plays coming from the Texas State offense in the fall.