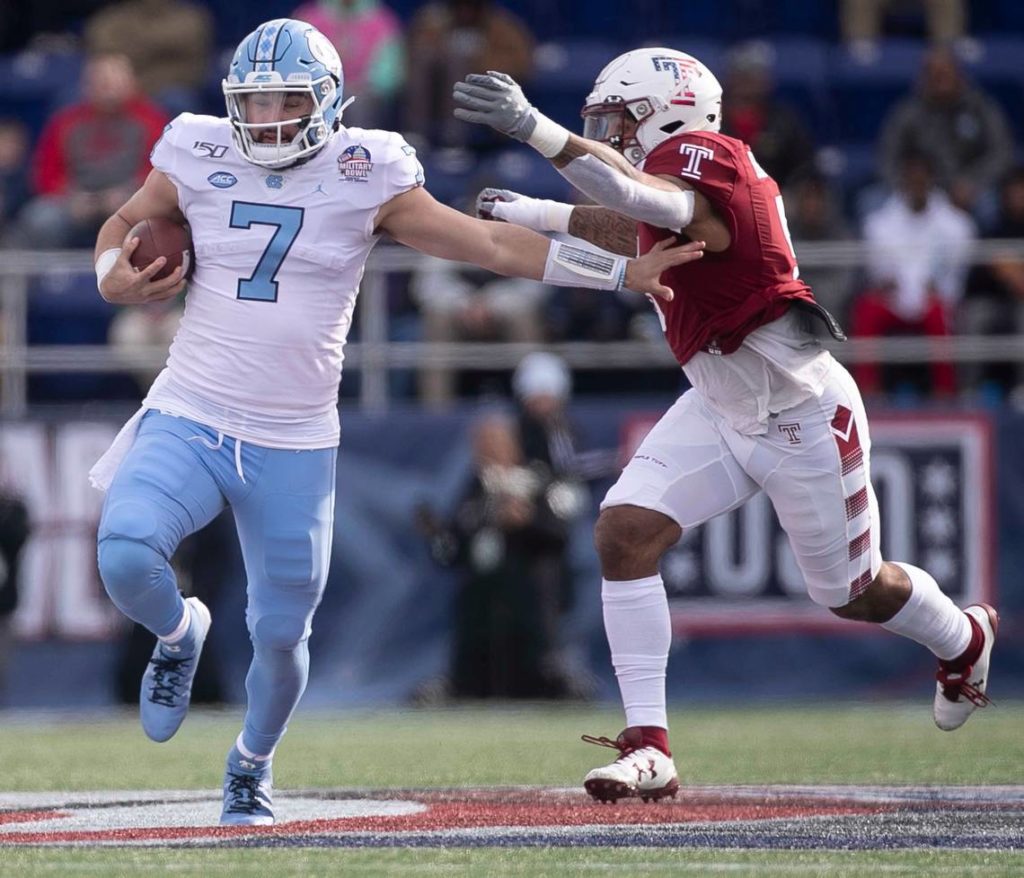 North Carolina was the definition of mediocre last season. They finished 7-6 last season and seemed to only be able to beat some of the worst teams in the ACC. But is this the year for North Carolina? Expert Jake Lawrence will give us a clue.

Jake Lawrence is a writer for Tar Heel Blog, a blog devoted to all things North Carolina.

In two words: More explosive. They return four players who gained over 1,000 yards from scrimmage, a sophomore QB who started every game, more experience on the line, and another year to learn the system. Last year they really struggled in the red zone until the competition decreased in the final three games, but Clemson was the only ACC team that had more plays of 10+ and 20+ yards. If they can figure out their red zone woes, where their 56.36% TD% ranked a lowly 87th in the nation, they will improve on last year’s seven wins.

It’s hard to complain about how it was distributed last year, between Javonte Williams and Michael Carter. Williams had 166 carries for 933 yards (5.62 ypc), and five touchdowns. Carter had 177 carries for 1003 yards (5.67 ypc) and three touchdowns. I think you’ll see something similar this year. Carter was often used as an early game back, with his speed and acceleration used to tire out opponents, while Williams was often used as a second half punisher to take advantage of a tired defense. A few more rushing touchdowns would be nice. My hope is that both are used a little more in the passing game.

This is probably the most important question mark that needs an answer, but they will still be improved. The line only lost Charlie Heck and Nick Polino to graduation, but Polino missed approximately half of last season with an injury. Every other major contributor returns, but just 3 of the 21 linemen on the roster last year were upperclassmen. There’s still a lot of inexperience, with players often playing multiple positions last year – either because if injury or because of coaches still assessing their potential. Ed Montilus, Brian Anderson, Jordan Tucker, Marcus McKethan, Josh Ezeudu all played important snaps last year, and former top-100 recruit William Barnes should also see the field more. The staff has made depth at the OL a priority, but it’s going to take another year or two to see a truly dominant OL in Chapel Hill.

At receiver it is Dazz Newsome, Dyami Brown, and then everyone else. Both of them gained 1,000 yards and combined for 22 touchdowns. Newsome will be used all over the field, while Brown is the speedy deep threat. My hope is that Antoine Green (8 catches, 217 yards, 27.13 ypr) stays healthy to give another outside speedster, while Beau Corrales (40 receptions, 6 touchdowns) should continue his role as a big body on the boundary and the red zone. Any mention of TE production pure speculation. Four of them only combined for 18 catches last year.