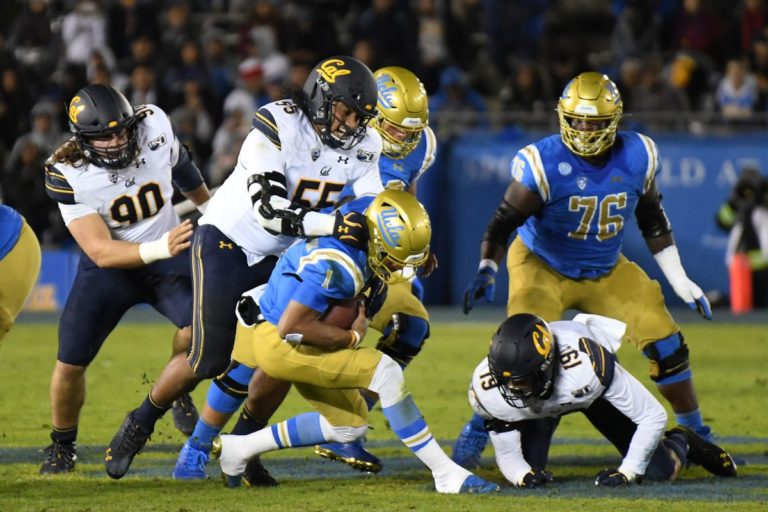 With an 8-5 record in 2020, there wasn’t any doubt that California made a few waves in the PAC-12. But going into 2020, the Golden Bears aren’t as sure if they can repeat. What’s the deal in Cali? We’ll help answer that with expert Joshua Morgan.

Joshua Morgan is a writer specializing in covering California football.

Cal's offense last year once again ranked near the bottom of the Pac-12. However, if you look at the end of the season, they began to play a lot better and much of that should carry over into next season. One main reason for this is new offensive coordinator Bill Musgrave. Musgrave has an NFL background with only a brief stint in college football early in his career, but the high academic standards at Cal bodes well for them learning any type of offense. Many fans grew disgruntled with former offensive coordinator Beau Baldwin's play-calling. To be fair, a lot of this was due to injuries and graduations, but this year Cal returns a veteran, healthy group of offensive players that should assure significant growth from last year.

Fun fact: Cal went 7-0 in games started and finished by Chase Garbers last season. Entering his redshirt-junior season, Garbers should be set up for success this season. He started off a bit slow last season before a breakout game in a win over Ole Miss. He got injured in their very next game and didn't come back until later in the season where he helped lead Cal to victories over UCLA and Stanford as well as beating Illinois in the RedBox Bowl. Garbers is a very talented quarterback who has consistently improved throughout his career, and with a new offensive coordinator, there is no reason that Garbers shouldn't continue to get better this season. He will enter the year as one of the better quarterbacks in the conference. Fantasy-wise, he is not the type of quarterback who will put up monster numbers, but he should be able to establish himself as a safe and steady option at the position.

Junior running back Chris Brown Jr. should receive the vast majority of the carries after a very productive 2019 season in which he had 914 rushing yards and 8 touchdowns on 208 attempts. As a bigger back, he is able to handle a heavy workload and will likely be asked to do so in the upcoming season, making him an attractive fantasy commodity. Cal has quite a few talented backs behind him, but they are all clustered together on the depth chart with no clear #2 back. He is probably the most useful fantasy commodity on this offense due to his projected workload. Expect for Brown to be the workhorse and have another productive season.

Cal's offensive line should be one of their biggest strengths this year after struggling with injuries at the position all of last season. They will have four senior starters on the offensive line, including guard Gentle Williams who missed all of last season with an injury, and will return talented sophomore left tackle Will Craig who had a season-ending injury in Week 1 of last year. This is a talented and experienced group, so provided that they do stay healthy, they should be a really good group.

Cal's receiver position will be surely one of the more interesting positions to watch next year. It has been one of their biggest weaknesses in the previous two seasons but they have a chance to be a solid group in 2020. Junior Nikko Remigio is definitely the best receiver that they have, but senior Kekoa Crawford has a ton of big-play upside and sophomore Makai Polk broke out as a freshman last year and has big-play potential as well. Outside of those three, Trevon Clark is surely a solid #4 option and may be needed at some point to relieve the injury-prone Crawford. At tight end, Jake Tonges will be the likely starter and should be a solid option for Cal but is unlikely to put up great numbers. However, freshman tight end DJ Rogers was Cal's highest-rated recruit last season and could bring some serious talent to the tight end position if he does rise up the depth chart, which is certainly possible. Overall, this is a group that will be more about depth than individual talent, so it will probably be better in real life than fantasy due to the fact that it will be unlikely to produce any stars.

It doesn't take much imagination to envision the aforementioned DJ Rogers as a star at his position as the season progresses. Also, sophomore Makai Polk will likely build off of a great freshman season and could turn into a great fantasy option in the next few years as the other receiver options graduate. Those are easily the two best options as sleepers for dynasty owners. Other than them, while Garbers will be the starter for the next two years, but long-term look for freshman Jaden Casey to be his eventual replacement. Also, freshman running back Chris Street is immensely talented and while he may not produce immediately, he has very high fantasy upside if he ends up in the starting role for whatever reason.