Following the trends of coaches can provide a boost to a certain position when looking for fantasy point production. Let’s take a look at a few examples. Jimbo Fisher’s RB1 typically gets a solid boost in our rankings because of his history of featuring a main running back rather than the dreaded running back by committee approach that’s so popular these days.

Another great example is the QB1 of Mike Leach. Anywhere he’s been, the starting quarterback has been a fantasy star. Players from the Mississippi State passing game would’ve mostly been an afterthought in fantasy drafts except for the arrival of Leach.

Following the head coaching changes are one thing, but assistant coaches can feel impossible to track. Just ask Dennis Rodman what he thinks.

Assistant coaches can make all of the difference in college football. If you want to examine the extreme, just take a look at Joe Brady with LSU and Joe Burrow in 2019. Certainly all of the stars aligned for LSU, but Brady was a key addition – also a key departure for 2020. Here’s a look at all of the coaching changes for the 2020 season. 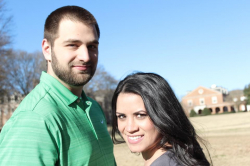 Zach Tow
Born and raised in Memphis, TN and a true sports fanatic. I grew up watching NFL football and became fascinated by college football. My family was never into it so I didn't have a rooting interest, so at the age of 12, I found my own in Boise State. I've been a Bronco fan ever since. I've been in the college fantasy world for a while now, once having my own site dedicated to it.