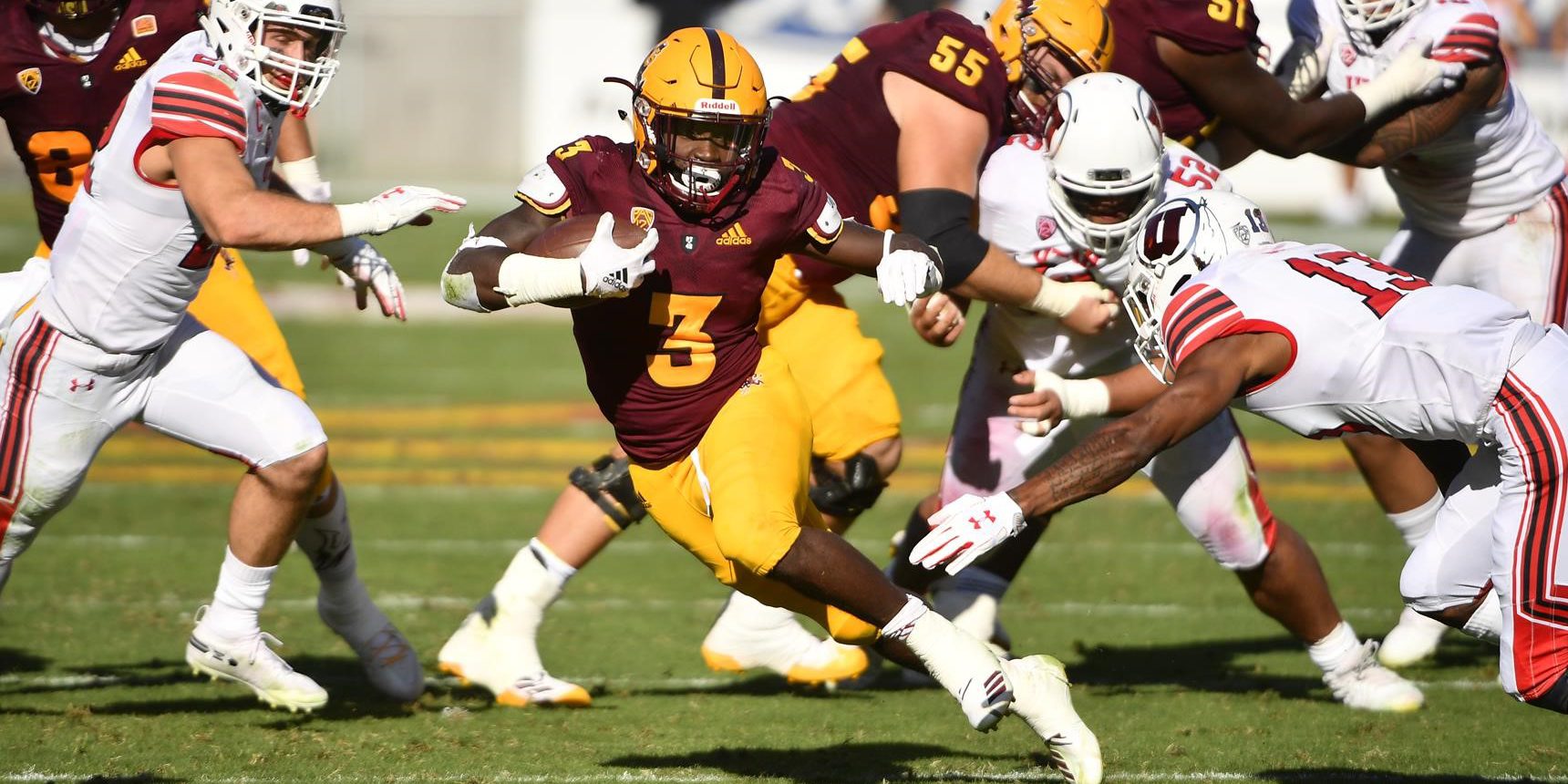 The top 75 running backs averaged 17 fantasy points per game in 2018, and only 10 averaged above 20 ppg. Darrell Henderson from Memphis lead the way with 29 ppg, 62% higher than the average of the top 75! He graduated but Memphis does return a RB that had 1,100 yards and 16 TD as a backup.

This year Eno Benjamin tops the rankings with Jonathan Taylor as basically a 1B. Benjamin gets the nod due to his ability to catch the ball. Both RB’s will take handoffs from new QB’s in 2019, potentially allowing defenses to zero in on both backs a bit more.

Here’s a look at the CFBDynasty top 50 running backs for 2019, certainly subject to change: